A family of faith sharing the love of Christ with each other, the community and the world.

St Paul’s United Reformed Church is descended from the first church established in Bracknell in 1825, but we have come a long way in the intervening years.

Having once been in the old High Street in the town centre, the present church in Harmans Water was dedicated in May 1970. The congregation is part of the United Reformed Church which was formed when the Congregational and the Presbyterian Churches united in 1972. 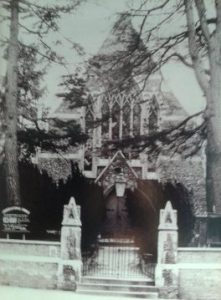 The old church in the High Street

On 21 October 2018 we held a memorial service for those forty six men, women and children at Easthampstead Park Cemetery. 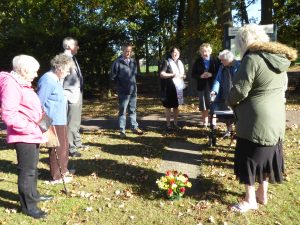 Where we are now

We are a church which welcomes everyone to worship God, and learn more about the Christian faith. Our congregation includes people from many different Christian backgrounds as well as those who are new to the faith. We have activities and events for people of all ages.

Our first ever  podcast service was created on 2 May 2020: a  service to mark the  anniversary of the first service at St Paul’s in Harmans Water.  The service was written and recorded by our Minister, Church Secretaries, and members of the congregation.  The music was previously recorded by Ncompass (our worship band) and St Paul’s Community Choir. With thanks to Naomi for putting the recordings together and making the podcast.